My life has been full of change my whole life, but especially these past five years: 6 different living “quarters” in four different states, and several job changes. And this past Winter I thought we were good! I found an amazing job opportunity that was practically my dream job and I thought we were in a place where we would at least be able to stay put for a year to 18 months…

this is the part where life laughs at me and says “PSYCH! GOTCHA!.!

And it all happened in a matter of 36 hours. I was on a trip with some girlfriends in Chicago after the holidays and was in the middle of the job interviews and was thrilled to get an email asking me for yet another interview! I was so excited but nervous at the same time because that meant if my husband went overseas to play basketball that we would be apart for a few months, but was able to talk myself into being brave (which is like, super hard) and thought that we can do this, we can figure it out. After I fly home on Monday morning everything changed.

And yes, that pop you just heard was me opening a bottle of wine.

Something that I failed to mention was that this past Summer my parents decided and finalized their plans to leave Maryland, and move to Columbus. Which, incidentally was scheduled to happen this Spring, along with my sister finishing the renovation of their new house down the street from their old one in Columbus. My poor sister, here she and her family have been planning and working on this house for about a year now and then the rest of the family decides to pile on with changes. Heaven forbid we take turns!

Now, when I say that this all happened at once, it really did all happen at once. Jon and I got an apartment and started moving into our place down in Nashville end of March, my sister and her family were officially moved into their new place the first week in April, and my parents literally dove away from their house in Maryland on Saturday.

You would think that the biggest thing for me would be moving down to Nashville because, well, that’s our everyday life that’s changing. But to be honest that was just a drop in the bucket compared to my parents leaving Maryland. I mean, this place was my home for 20 years! It was the longest my parents had ever lived in one state together, it was where I graduated high school, got my first job, lived on my own for the first time, and the only place where I really had childhood memories. This place was the one continuously stable thing in my life, and now it’s gone.

Circling back to the part where I don’t handle change well… when my dad told us that they had sold the house in MD (officially) my sister and I may or may not have had the most mature and rational reaction; I know there was yelling, I know there was storming away, and several tears were shed. We’re a fairly emotional and passionate bunch. When I’ve moved in the past with my husband he’s had to deal with my own “stages of grief”. I would shut down for about a week, get very quiet, probably irritable, and internalize pretty much everything. These stages might be the one true fear that my husband has in life :-/

Not to say that I wasn’t excited for my parents to be closer to my sister and my nephews, or to move to Nashville which is an amazing and exciting city, but everybody handles change differently. And in a world where people are posting kissy faced pictures with cardboard boxes and only sharing the good even if on the inside they are having a level 10 panic attack, I wanted to be totally real. It’s been a really hard few months. And yes, people are moving every day and we will get through it, but this isn’t a move down the street. Jon and I aren’t relocating to a place where we have a huge network of friends and family; or ANY for that matter. Every time we have moved for his playing career we both entered into a state we had never been, and people we had never met before. Replicate the stress of that several times over and that shit adds up.

But something that I have learned through all of this and now take with me across the board throughout my life is to listen very cautiously to the advice and (often unsolicited) comments those give you that 1. have never been through what you’re doing 2. don’t have to do it/live with the consequences. I can’t tell you how many times people have said to me “but that’s exciting!”, or “how cool!”, or my favorite “you should look forward to exploring a new place”. It is comments like this that make me feel like I am wrong for feeling the emotions that I do about all of this change and I have to actively wake myself up, snap myself out of it and say ‘nah ah, I am not going to allow someone who has no clue what they’re talking about make my feel guilty for feeling what I feel, or pressure me into thinking one way or another’.

*Internal thought: now after I get irritated, have some choice thoughts about those people making those comments, then slowly calm myself down, I’m able to realize that they probably just don’t know what to say. And for some reasons, as humans in today’s society that have a bajillion outlets for commentary, people always feel like they have to say something.

To wrap it up, I’m writing this because like I mentioned above, the world is filled with people posting pictures and posting stories and tweets about how excited they are for big changes coming, and I am sure that there are definitely people who feel that and in part that is true, but do NOT forget that for as many people that are posting that I would guess that there are twice as many people who are peeing their pants with anxiety about what’s to come. Now, I’m not quite to the diaper stage of these changes but I have had my fair share of cries over it. And I’ve also had several years to emotionally process change in general and how/why I feel the way I do [enter: therapist].

So if you’re going through a big (or small) change in your life, feel the way you feel! Don’t let pressures of social media, or family, or ignorant acquaintances make you feel anything other than what you need to. Just know that those emotions are temporary, you can work through them, and you will come out of the other side stronger. And just to forewarn you that other side will likely look a little different, but it doesn’t mean it will look worse. It might just be a little scary at first.

This picture as taken last winter at the end of my parent’s dock. Needless to say I’m going to miss this view… and kinda miss my extensions too.

P.S. obviously we aren’t currently in Nashville, if you follow me on social, but we have delayed the move down there because of COVID-19. We are taking our time and seeing how things unfold in the coming weeks/months but what we do know is that it is happening, and happening in the near future.

One thought on “HOW I HANDLE CHANGE” 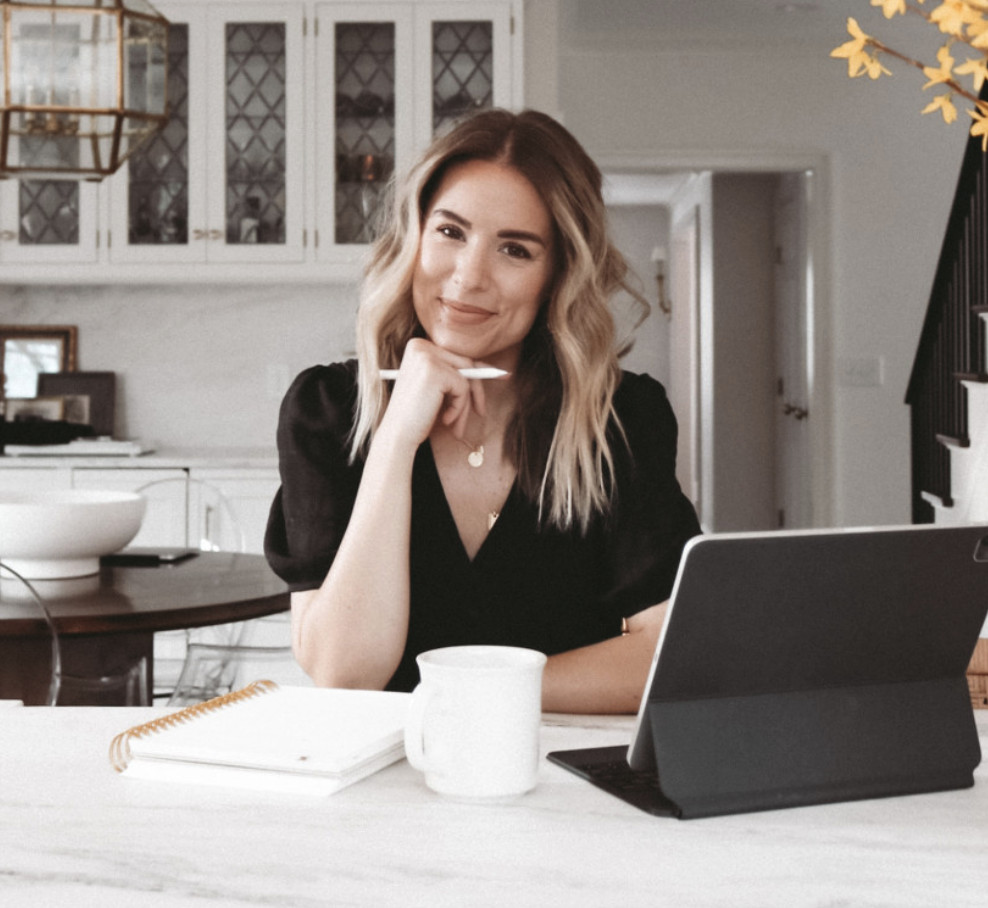